Posted on March 27, 2013 by Susan Thistlethwaite

The Passion of the Christ, the violent movie about the last days of Jesus by filmmaker Mel Gibson, is now a Holy Week “classic.” It plays over and over on cable.  Day after day, and night after night, Jesus can be viewed beaten to a bloody pulp and dying in agony, ‘for your sins.’ 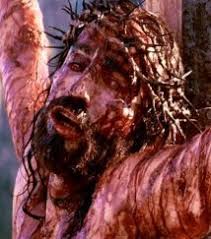 The Beaten, Crucified Jesus of the Passion of the Christ

This glorification of violence is a betrayal of everything Jesus of Nazareth lived and died for.

The kind of conservative Christianity represented in this film glorifies violence as God’s way of “saving” us. This theology makes God into a batterer, and Jesus into the battered. 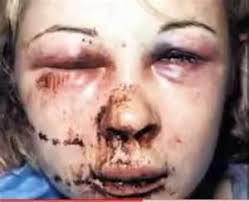 My friend and co-author for Lift Every Voice: Constructing Christian Theologies from the Underside, Mary Potter Engel, called this theology, as applied to battered women, the “Just Battering” tradition, mirroring the justification of the violence in war.  Augustine did believe that war could be justified as punishment for the sin of the enemy.

For its first three centuries, however, Christianity was pacifist and salvation was the way we grew in grace; Jesus became like us so we could become like him.   Christians refused to serve the “divine Caesar” and his military might, preferring to die before betraying the person and work of Jesus.

But after the “Peace” of Constantine, Christianity is tempted by power and falls for it.  The “Holy Roman Empire” is born.  Violence becomes punishment for sin, and obedience to tyrannical authority becomes the route to salvation.

Violence doesn’t save, it is sin.

Salvation is the Jesus program of feeding the hungry, caring for the sick, making peace instead of war, and we eat and drink together in just communities of sharing and equality. 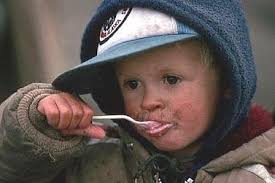